Stand up, Speak out The Practice and Ethics of Public Speaking-1 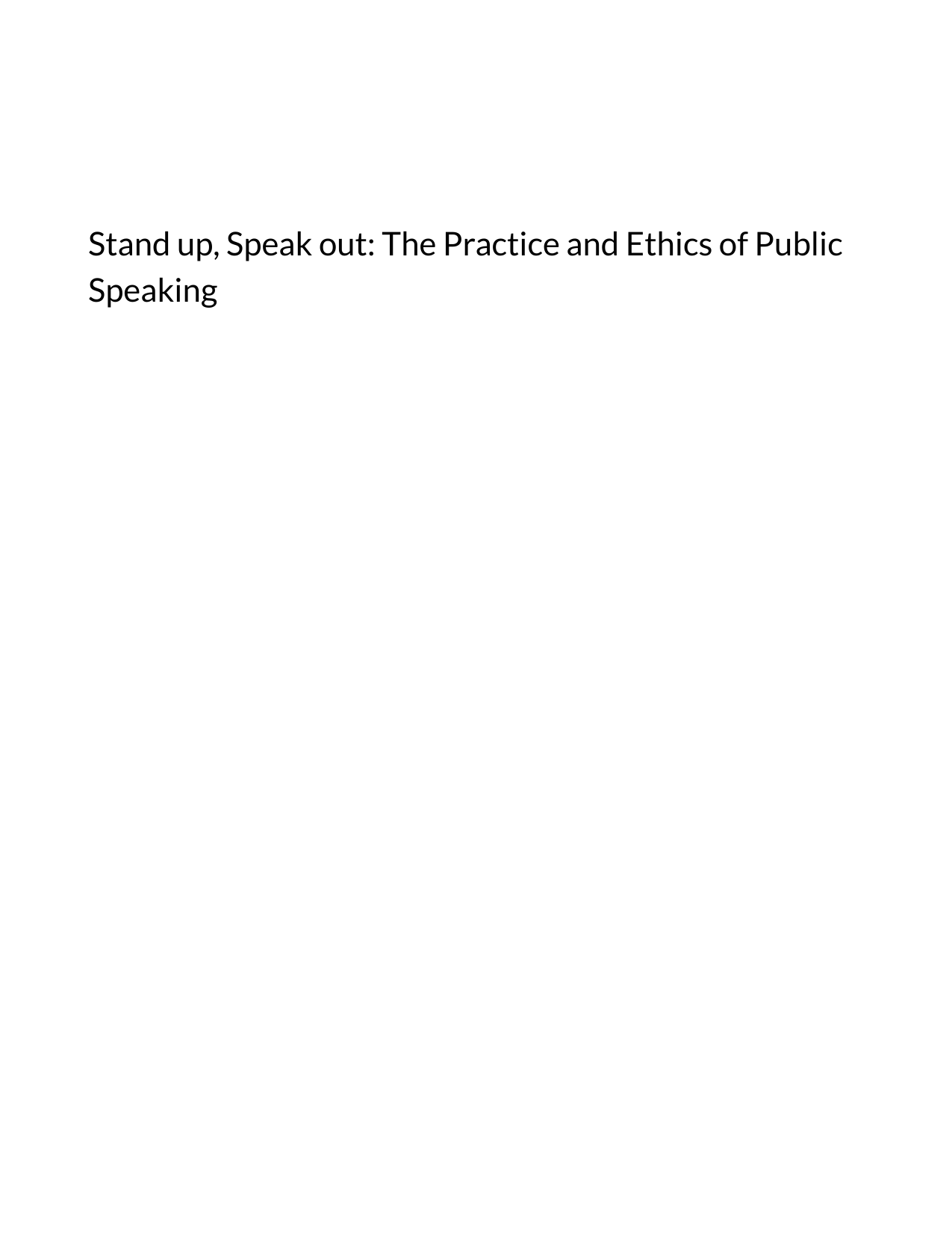